This project became necessary as a result of me inheriting the family tent trailer.  This is full of memories from my childhood.  We took family trips in it every summer - including traversing the entire United States in one memorable trip.  I want to start a similar tradition with my growing family. I began restoring the old family tent trailer as a fun DIY Project, and tackled the interior ceiling first. 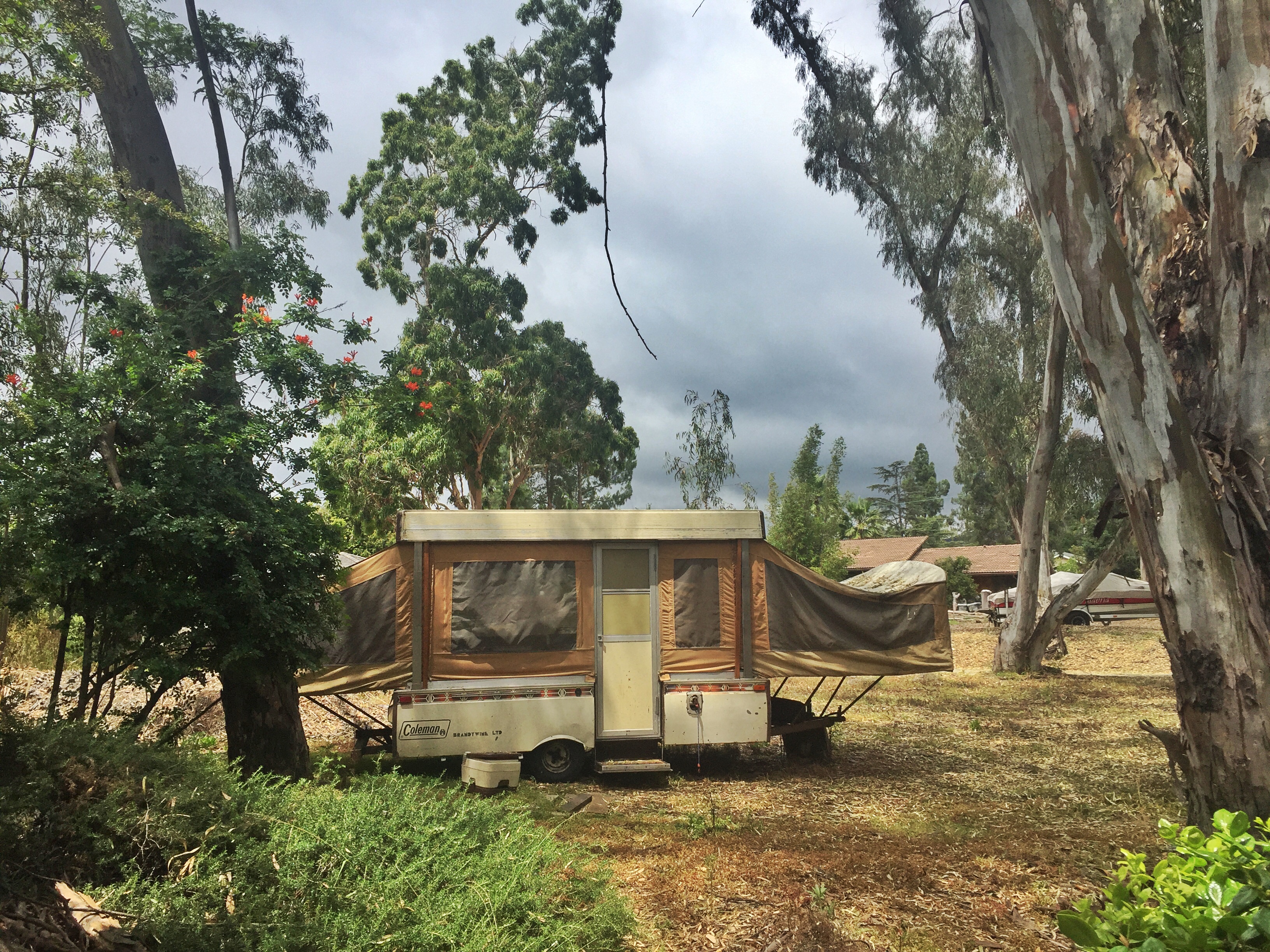 This tent trailer is a classic; made by Coleman in 1979, making it 40 years old.  But they make a solid product and the bones were still good.  But to be really pleasant to use, I needed to do some repairs and upgrades.  Luckily most of it was minor.

The frame and body are solid and in useable shape.  The canvas walls were replaced with completely new canvas about 20 years ago.  Since the roof has not been leaking, that canvas is still dry and not dirty or moldy.  The interior was generally usable and in surprisingly good condition.  The roof lift mechanism was still workable.  The tires looked good, but they were old and had been sitting for some time.  So I replaced those with 2 new tires and a new spare tire.  I also had the wheel bearings repacked and greased, again because of how long it had been sitting.

One thing that really needed to be fixed was the interior ceiling.  It was the original vinyl material that was glued onto some very thin wood slats that were in turn glued to the inside of the roof.  That glue had failed and the ceiling was falling down.  It just had to be replaced.

For starters, there is surprisingly little available online regarding how to fix and restore a trailer ceiling.  Most of the methods I saw involved using screws into the existing ceiling.  As I said previously, that roof does not leak and it was important to me to keep it that way.  I didn’t want to use screws directly into the ceiling for fear of breaking through and causing a leak.  So the challenge became replacing that ceiling without touching the metal roof shell with anything sharp.

Here were my priorities:

I eliminated putting thin carpet or linoleum on the ceiling and settled on plywood for the ceiling material. We didn’t know whether we would prefer a finished wood look, or if we would opt for a clean, painted look in the final ceiling.

In the end I decided to glue the ceiling into place.  So to achieve my objectives, I would need a really strong glue to hold the new ceiling in place long term. 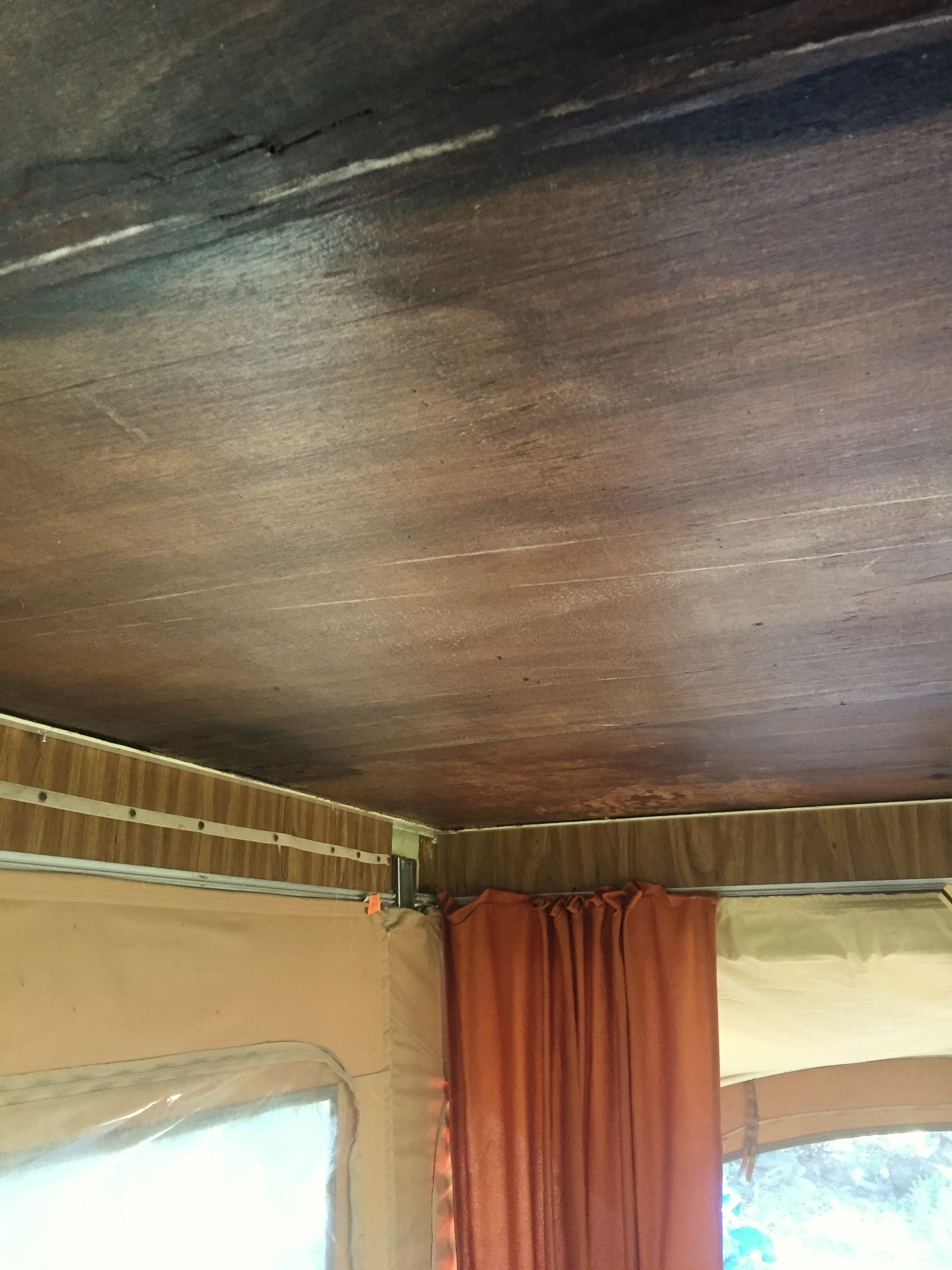 For supplies, I would need:

Here are the steps I followed to install the new plywood ceiling:

1.      I started by preparing the existing ceiling for the furring strips. I would be gluing the strips to the roof, and I needed the surface as clean and flat as possible.

2.      I also had to create a plan for the wiring to find its way through the new ceiling. This wiring was in place for lights on either end of the trailer ceiling, and I wanted to come back and add new, more modern lighting once done with this project.

3.      I measured and prepared to add furring strips width-wise along the roof, aiming for about 1 ft between each. This didn’t always turn out to be the case, because I had to make allocations for the door, lighting, and a few other oddities.

4.      Next, I began the process of installing the furring strips on the ceiling. This is where the Satellite City glue came into play. Not wanting to screw anything into the metal roof, I used Special ‘T’ glue to secure the furring strips to the roof. 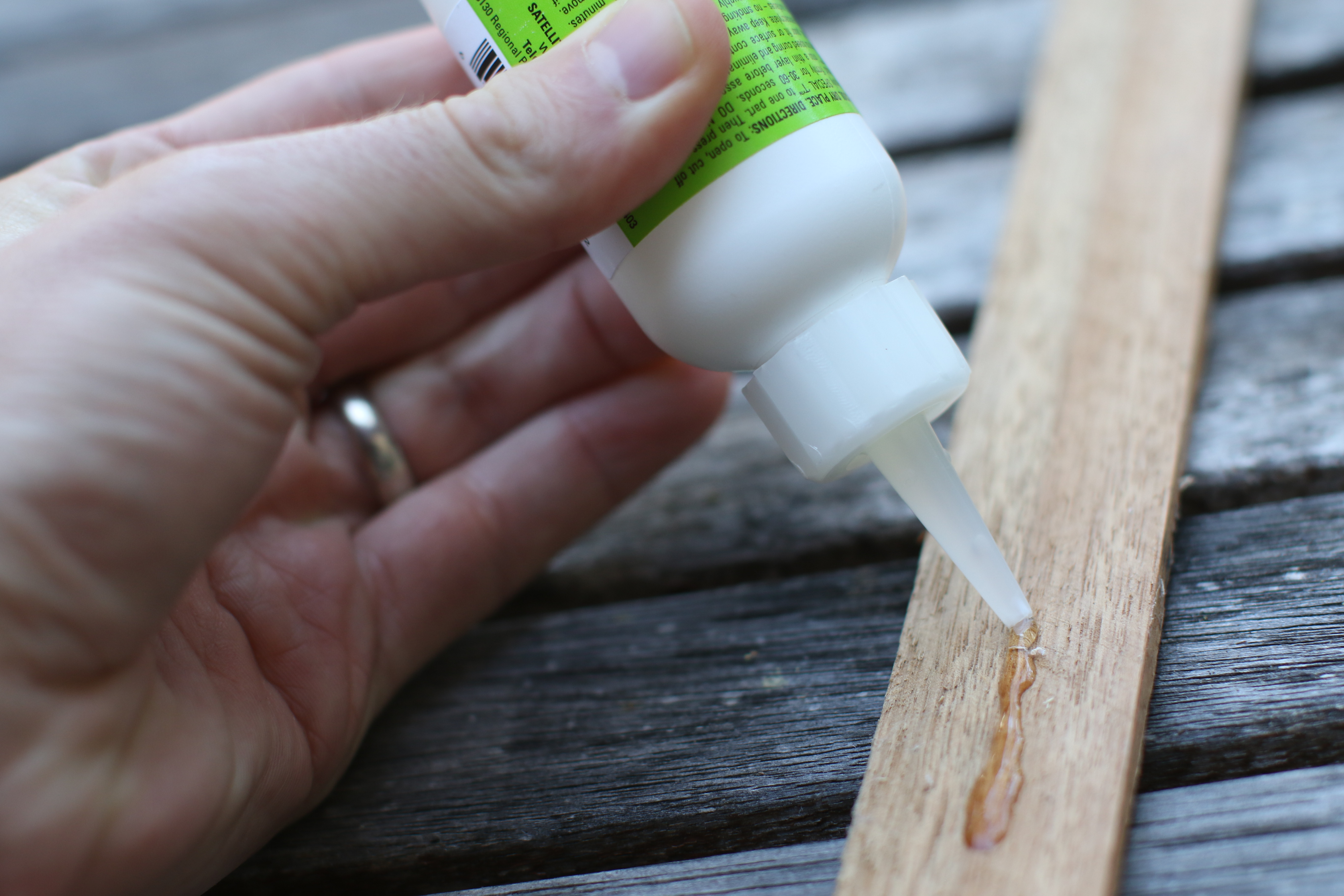 Applying the Special T glue to the furring strips

5.      Once the furring strips were added, I waited a weekend for the glue to harden and cure completely. Yes, they seemed to be hard and firm within 10-20 minutes! But, letting it cure is never a bad idea.

6.      Using a track saw, I carefully cut plywood sheets to mount on the furring strips. The track saw was perfect because I could lay out the large sheets of plywood on foam insulation that was laying on the ground and make perfect, precise cuts. 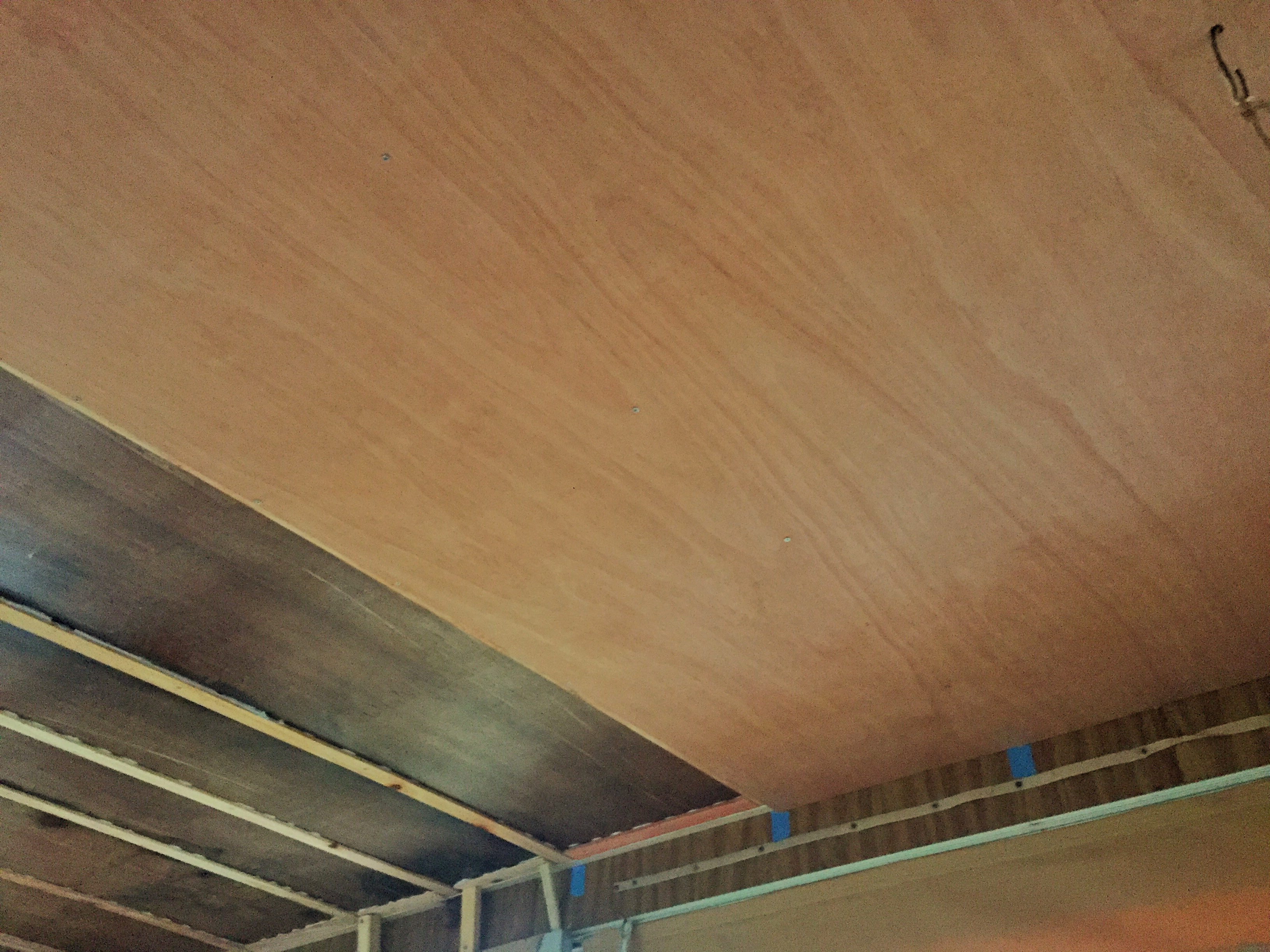 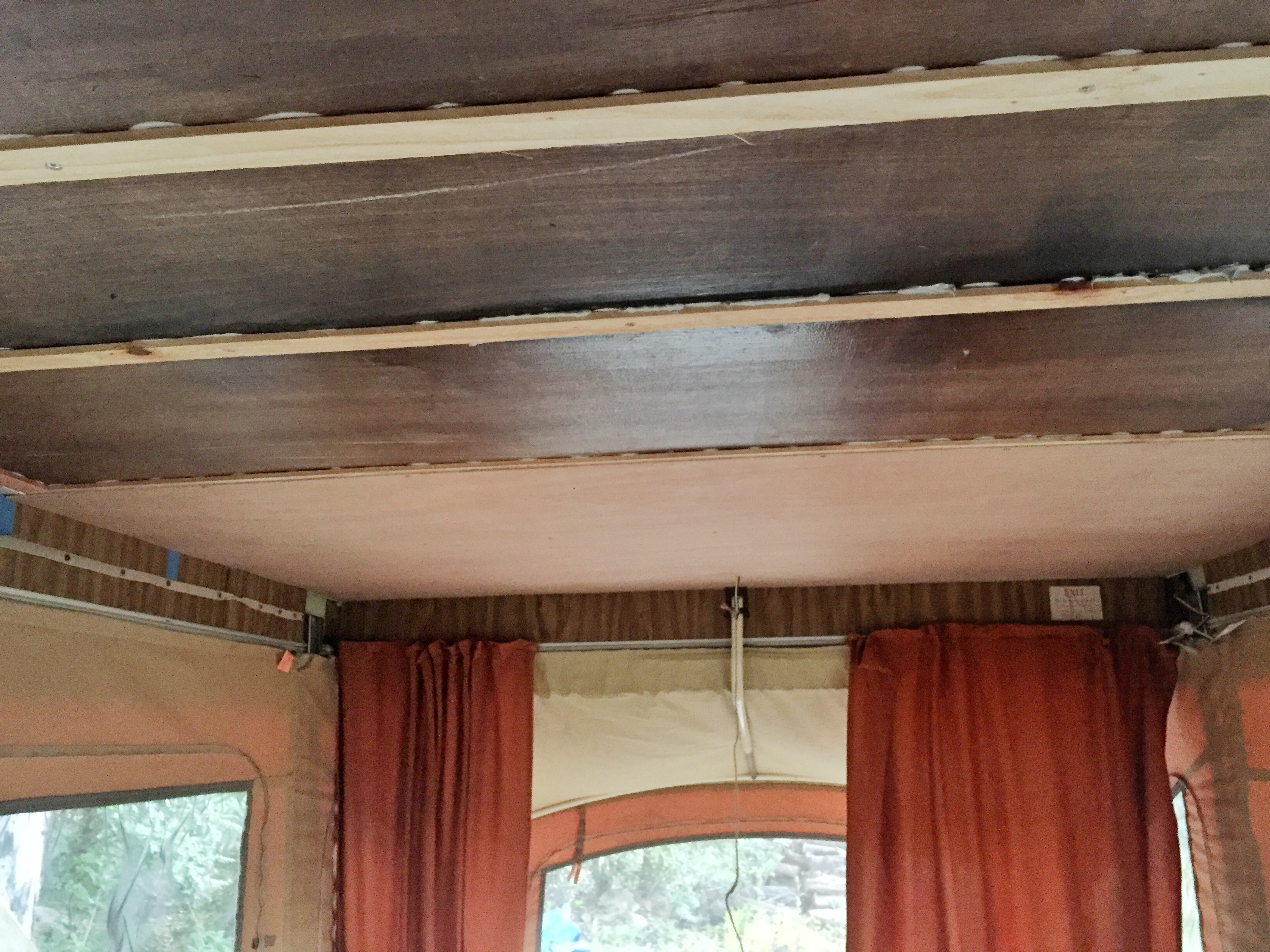 Part way through attaching the wood panels to the ceiling. 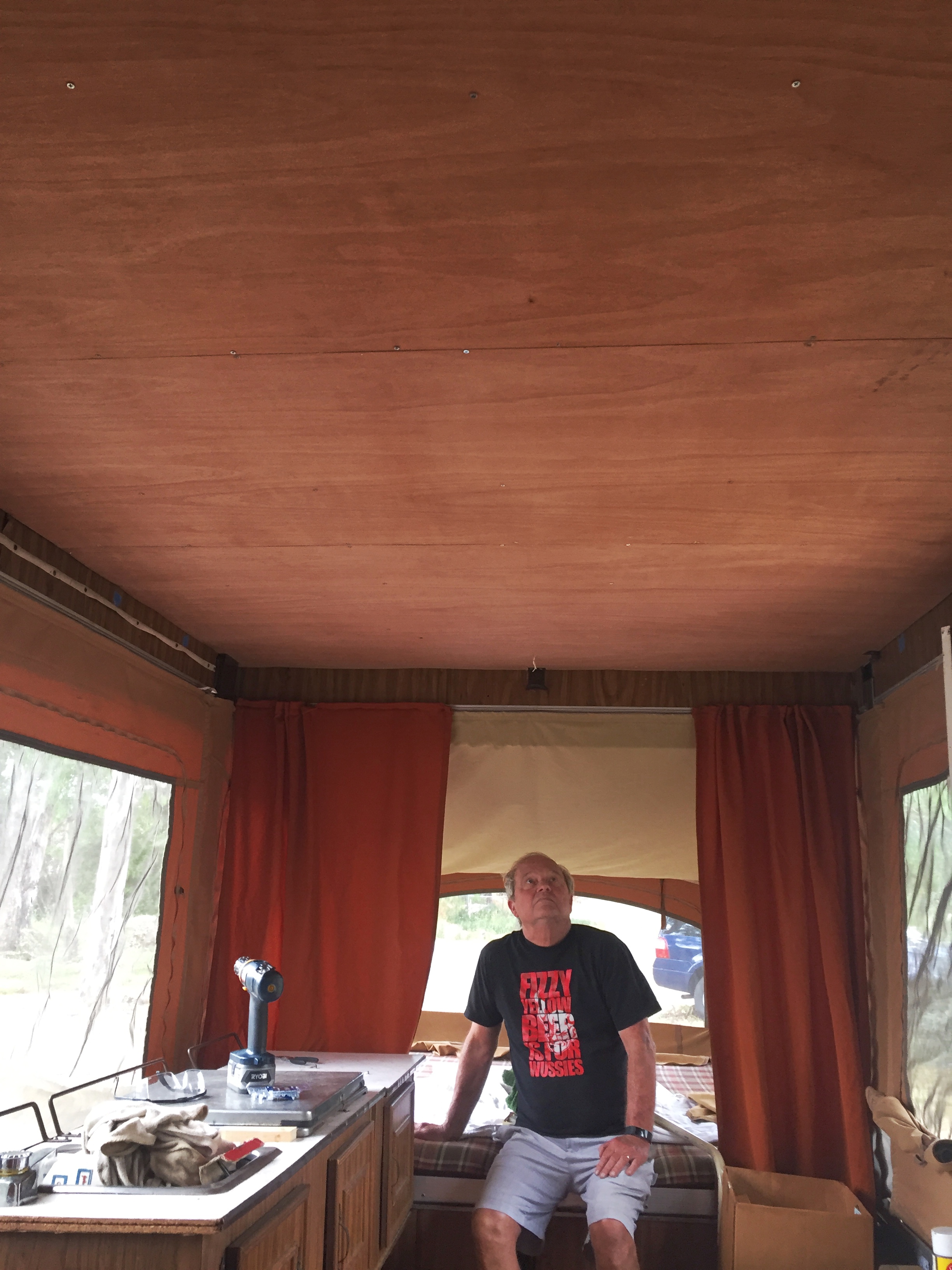 When done, I had a brand new ceiling that looked really good. I had attached the plywood ceiling to furring strips, which were attached to the roof with the powerful glue. This allowed me to meet my goal of adding a ceiling without doing anything to the 40 year old roof. Mission accomplished!