Many professionals and hobbyists use Satellite City Hot Stuff Original, Super T, and Special T CA glues for model building- not only model airplanes and cars, but also models for movie special effects. Some very famous models that you have seen in the movies have been built with Satellite City glue. We have recently discovered a couple of them in the book, Industrial Light & Magic: The Art of Special Effects. Unfortunately, we cannot reproduce the pictures here, but if you turn to page 44 (you can search inside the book on Amazon), you will find a picture of modelmaker Charlie Bailey working on a Star Destroyer for one of the Star Wars movies with two bottles of Hot Stuff close at hand. On the following page, you can see modelmakers Randy Ottenberg, Bill George, and Chuck Wiley working on the galleon for the movie Goonies with some bottles of Hot Stuff close by. You can see these and several other pictures in the video below.

He now operates The Kit Factory, a one-man operation which produces several custom models per year. Simon has created custom models from Star Wars, Star Trek, Lost in Space, Irwin Allen, and a variety of other media. These intricate models can take hundreds and even thousands of hours to design and fabricate. Click on the thumbnails below to see larger images of some of his models. 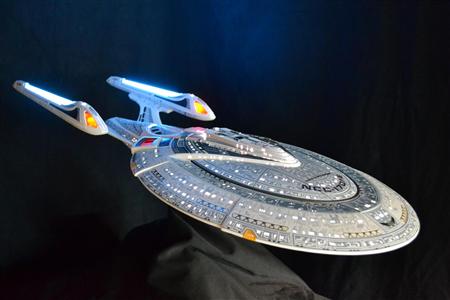 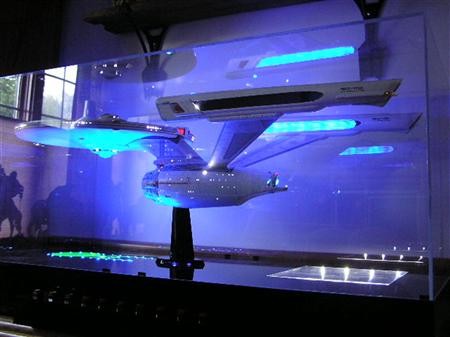 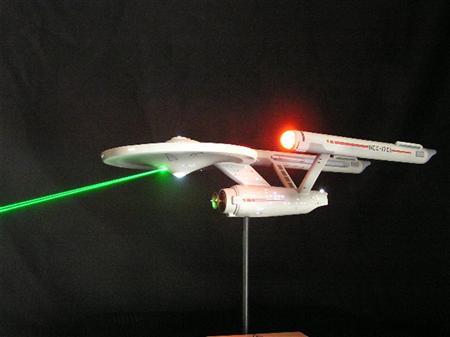 The original Star Trek Enterprise, with real lasers firing (no, that isn't Photoshop) 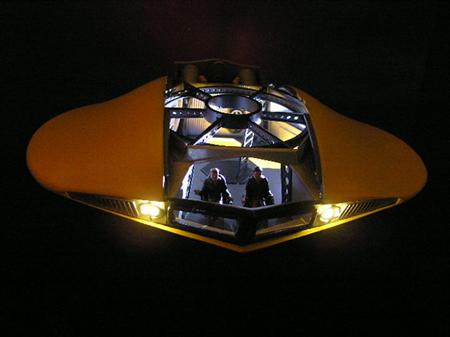 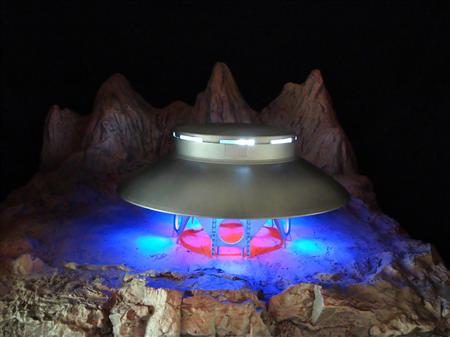 The flying saucer from "The Invaders." Roy Thinnes, who played the lead, wrote to Simon and told him he loved it. 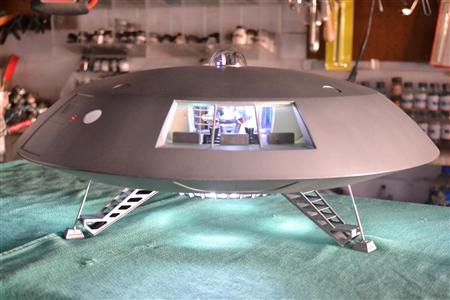 The Jupiter 2 saucer, one of the most recognizable TV props ever 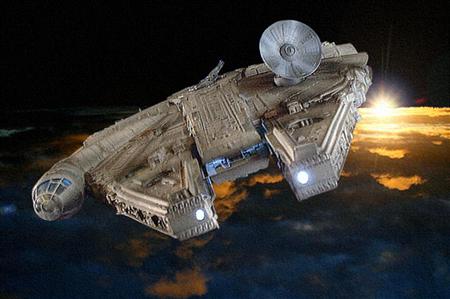 The Milennium Falcon from Star Wars with computer rendered background 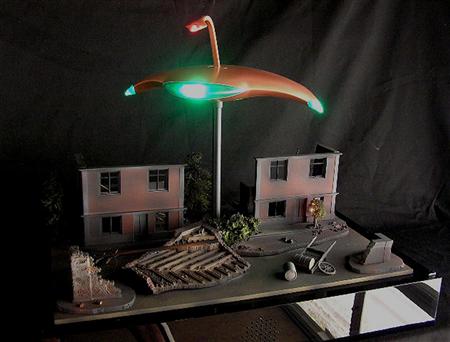 A diorama with sound from the original War of the Worlds, one of Simon's favorite projects

Satellite City instant glues are the only cyanoacrylate adhesives that the Kit Factory uses. According to Simon, "There is only one glue that is really worth your while. There are a lot of others out there... There's one glue that I have been using for over twelve years now, and it's Satellite City Super T and its three varieties." We are proud to be have our products used in such high-quality art.

Simon has been kind enough to mention us in one of the videos on his YouTube channel. In the video, shown below, he talks about when and how to use each of our three glues in model-building. He demonstrates how fast and effective Satellite City CA glues are at bonding parts, and he also shows how to fill in large gaps with Special T so that it can be sanded and painted over to be indistinguishable from the surrounding material. If you are a model builder, this video and Simon's Youtube channel will be both useful and entertaining!